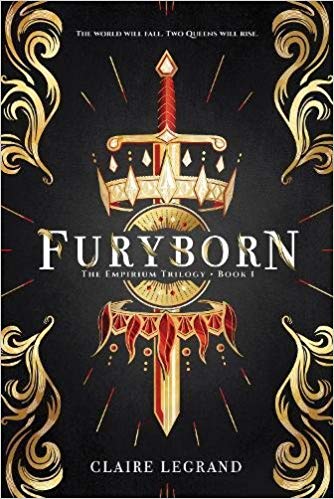 Official Blurb:  When assassins ambush her best friend, Rielle Dardenne risks everything to save him, exposing herself as one of a pair of prophesied queens: a queen of light, and a queen of blood. To prove she is the Sun Queen, Rielle must endure seven elemental magic trials. If she fails, she will be executed…unless the trials kill her first.

One thousand years later, the legend of Queen Rielle is a fairy tale to Eliana Ferracora. A bounty hunter for the Undying Empire, Eliana believes herself untouchable―until her mother vanishes. To find her, Eliana joins a rebel captain and discovers that the evil at the empire’s heart is more terrible than she ever imagined.

As Rielle and Eliana fight in a cosmic war that spans millennia, their stories intersect, and the shocking connections between them ultimately determine the fate of their world―and of each other.

Some say the Queen was frightened in her last moments. But I like to think that she was angry.

Those who know me know that I am a sucker for elemental magic. My own books are about elemental magic. The very first manuscript I ever wrote, at the tender age of twelve, featured a mage who could wield all six elements within my magic system, so when I read the blurb of FURYBORN, I was all in.

Furyborn turned out to have so much more intricacy than simply its magic system, though. The storytelling was impressive. The book is written from two points of view, two women with powers who live a thousand years apart. Yet, as their stories weave in and out of one another and start to come together, the reader has no choice but to find herself in awe of the net she’s been pulled into. It’s a book that unravels itself, and leaves the reader thinking about it long after the pages are done. One of those books that almost demands a reread now that you understand it in its entirety. It’s spectacularly well done.

In addition to the magical way the story unwinds itself, the characters are unique and dynamic. Their development through book one is smooth and well-integrated. Even knowing what the reader knows about the characters at the outset, she can’t help but be sucked into the dramas of their lives (and trust me, their lives ARE dramatic). Legrand pulls the reader along, wending through the twists and turns of the character arc of each of her point of view characters as they crisscross one another like comets shooting in opposing directions. As a reader, you want to know more about these characters. You want to follow them, so as a writer, Legrand definitely knocked this one out of the park.

Furyborn is dark, though, definitely at the upper spectrum of young adult into the new adult territory. But if you’re into elemental magic and inspired plotting, this book is for you.

If you could have only one elemental power, what would it be? 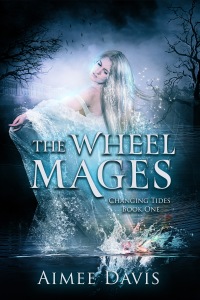 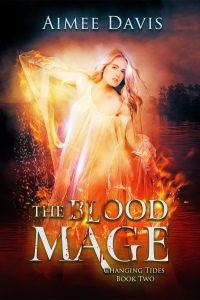